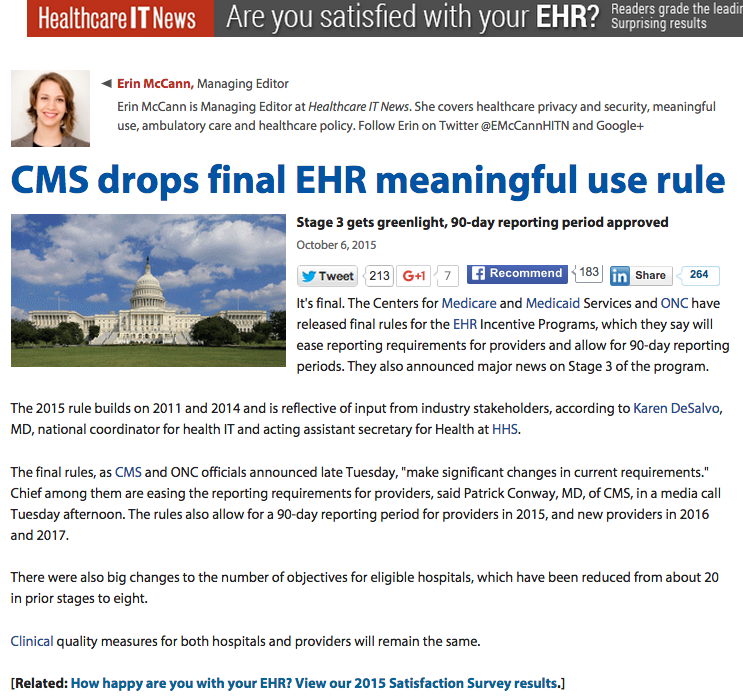 It’s final. The Centers for Medicare and Medicaid Services and ONC have released final rules for the EHR Incentive Programs, which they say will ease reporting requirements for providers and allow for 90-day reporting periods. They also announced major news on Stage 3 of the program.

The 2015 rule builds on 2011 and 2014 and is reflective of input from industry stakeholders, according to Karen DeSalvo, MD, national coordinator for health IT and acting assistant secretary for Health at HHS.

How the Internet of Things is changing healthcare and transportation